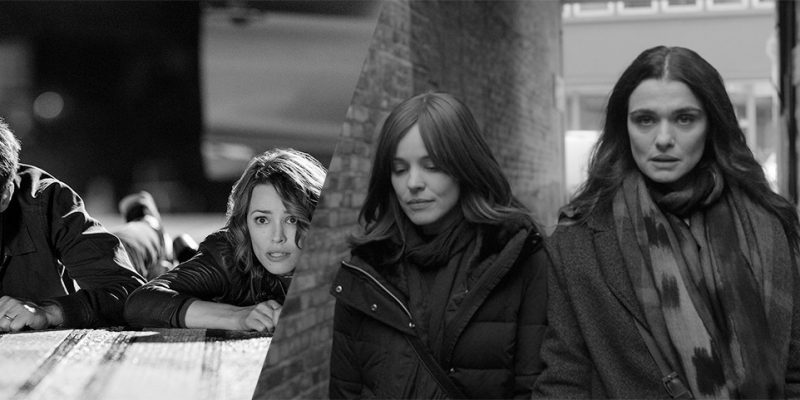 First of all: We want to wish everyone a happy new year! It’s a new year and time for our annual a look ahead with an overview of what you can expect in 2018 from Rachel’s career. We have an exciting year ahead of us with at least two movies getting released in theaters. You can find our overview below/after the jump. 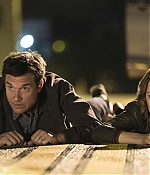 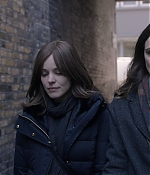 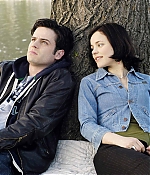 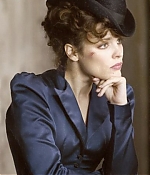 Disobedience (Bleecker Street)
Director: Sebastián Lelio | Writer: Sebastián Lelio & Rebecca Lenkiewicz (adaptation), Naomi Alderman (novel) | With: Rachel Weisz, Alessandro Nivola.
Plot: Sebastián Lelio’s romantic drama stars Oscar winner Rachel Weisz, Oscar nominee Rachel McAdams and Alessandro Nivola. Written by Lelio and Rebecca Lenkiewicz, Disobedience is based on the acclaimed novel of the same name by Naomi Alderman. A timely, distinctive and emotionally powerful story, it’s set at the crossroads of tradition and modernity, of personal desires and the demands of faith (Via Curzon Artificial Eye).
Current status: Completed, waiting for theatrical release.
Release: April 27, 2018 (USA) | August 24, 2018 (UK)
Game Night (New Line/Warner Bros)
Director: Jonathan Goldstein & John Francis Daley | Writer: Jonathan Goldstein, John Francis Daley, Dana Fox, Mark Perez| With: Jason Bateman.
Plot: Bateman and McAdams star as Max and Annie, whose weekly couples game night gets kicked up a notch when Max’s charismatic brother, Brooks (Chandler), arranges a murder mystery party, complete with fake thugs and faux federal agents. So when Brooks gets kidnapped, it’s all part of the game…right? But as the six uber-competitive gamers set out to solve the case and win, they begin to discover that neither this “game”—nor Brooks—are what they seem to be. Over the course of one chaotic night, the friends find themselves increasingly in over their heads as each twist leads to another unexpected turn. With no rules, no points, and no idea who all the players are, this could turn out to be the most fun they’ve ever had … or game over.
Current status: Completed, waiting for theatrical release.
Release: February 23, 2018 (USA) | May 4, 2018 (UK)

Rachel’s latest project she signed onto was “Game Night” but there has been reports about follow up installments for the following projects. Keep in mind that none of these are confirmed.

Slings & Arrows Prequel (TBA)
Plot: Prequel to Canadian series “Slings & Arrows” (2003-2006). According to creator Coyne, “it’s very much in the style of ‘Slings and Arrows’ but it takes you back to the origin of the festival itself.” The original series was about the comical backstage life at a Canadian Shakespearean theatre festival.
Current status: In development. Creator, writer and costar Susan Coyne confirmed earlier this year the prequel is in development. The first 3 scripts were written when the originally report was published late November 2017. The story for the prequel series was arced out and the creators “hope to bring back actors from the original show”. The originally series included Rachel, but no word yet if they are planning on asking Rachel to return for the prequel. CBC has expressed interest and they were looking for a director.
Release: TBA
Wedding Crashers Sequel (New Line)
Director: David Dobkin (reported) | Writer: Evan Susser & Van Robichaux | With: Owen Wilson, Vince Vaughn, Isla Fisher (all reported).
Plot: Sequel to “Wedding Crashers” (2005). The director revealed at first “there was nothing to do but make the same movie” but “wasn’t going to do that”.
Current status: It was reported in 2016 that the sequel to “Wedding Crashers” was in development with Evan Susser & Van Robichaux set to write the screenplay with the sequel still being in early development and no deal has been made with the cast. In June 2017 director Dobkin was asked about the sequel rumors and he confirmed there has been talks about it. He also added, “none of us really wanted to [do a sequel] unless there was a great idea.” No recent reports has been made about the sequel.
Release: TBA
Sherlock Holmes 3 (Warner Bros) // Mean Girls Sequel (Paramount)

There have been no recent reports about the possibility of the third installment to “Sherlock Holmes” with the last reports dating from December 2016. Furthermore, also no recent reports about the possibility of a sequel to “Mean Girls“. The movie has made headlines this past year with costar Lindsay Lohan expressing interest in doing a sequel. Recently, Lohan expressed interest again: “Mean Girls 2 the movie—this is the importance. We need Rachel McAdams! We need the whole cast back! I’d love to do it again. We had so much fun making it. Mark Waters is such a great director, Tina Fey is an amazing writer, Paramount was great to work with—we all had a blast.”

To summarize: Rachel will have at least two movies – “Game Night” and “Disobedience” – which will be released in theaters in the USA. Furthermore, a prequel to “Slings & Arrows” is in development. No recent reports on the third installment for “Sherlock Holmes” and “Mean Girls” continues to make headlines. However, with the latter movie no (official) word yet that indicates Paramount being interested in doing a follow-up installment with the original cast. It has been almost a year since Rachel signed onto a new movie, so we are hoping a new project gets announced soon.