Southpaw tells the riveting story of Billy “The Great” Hope, reigning Light Heavyweight Boxing Champion of the World (Jake Gyllenhaal). Billy Hope seemingly has it all with an impressive career, a beautiful and loving wife (Rachel McAdams), an adorable daughter (Oona Laurence) and a lavish lifestyle. When tragedy strikes and his lifelong manager and friend (Curtis “50 Cent” Jackson) leaves him behind, Hope hits rock bottom and turns to an unlikely savior at a run-down local gym: Tick Willis (Academy Award® winner Forest Whitaker), a retired fighter and trainer to the city’s toughest amateur boxers. With his future riding on Tick’s guidance and tenacity, Billy enters the hardest battle of his life as he struggles with redemption and to win back the trust of those he loves. 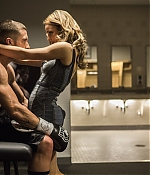 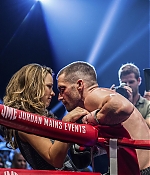 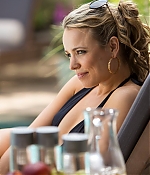 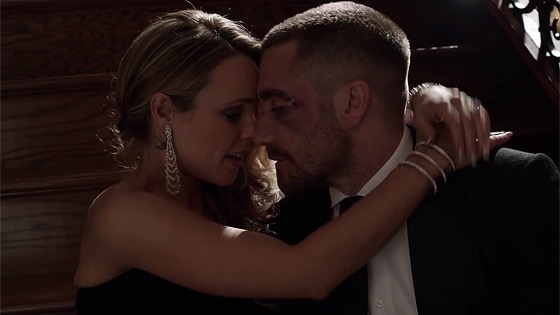 A love of boxing was certainly not what drove Academy Award® nominated actor Jake Gyllenhaal to star in Southpaw. In fact, Gyllenhaal was essentially unfamiliar with the sport before signing on, though he now calls himself an avid fan. For him, director Antoine Fuqua, who’s a dedicated boxer himself and trains every day, was the main reason for his interest in the film to begin with. Having met years before, Fuqua insisted that he’d love to direct the already-acclaimed actor in something that audiences had never seen before. While Gyllenhaal initially chalked the claim up to just being typical Hollywood talk, Fuqua eventually made good on his word. Determined not to make SOUTHPAW “just another boxing movie,” the filmmaker was determined to find an actor willing to take on the role of Billy “The Great” Hope in the most literal, brutal way conceivable – no doubles, very few effects, little reliance on editing – just straight training and as faithful a replication of the boxing world as possible, right down to the camerawork. “The reason why I like to play certain characters is because of the doubt that I have in my ability to do it,” says Gyllenhaal. “Antoine believed in me years before I even knew, and then in the process he believed I could do it. I think that belief in anybody allows you to go do your best work.”

Together with Sutter, Fuqua and Gyllenhaal were determined to craft a film that was both a realistic ode to the sport and a complex but relatable tale of familial and personal hardship. Gyllenhaal notes: “The thing that intrigued me from the get-go was the idea that Billy’s a guy who has gotten by on his rage and his own anger – made a career out of it, had great success and made lots of money from it. That anger can actually indirectly destroy you. Ultimately for me, and know for Antoine as well, this is a story about a man coming to grips with his own anger, and the idea of what it is to be a father.” Sutter also notes that after going over the script with Fuqua and Gyllenhaal, the approach to the script began to take shape from a specific metaphor for the character’s personal journey to a more far- reaching theme. “I realized that it really wasn’t one man’s story,” says Sutter. “It was really this universal story about redemption, overcoming obstacles and personal demons, and putting others before you.” What was also agreed upon between the director, writer and lead actor was that the boxing film genre comes with so many familiar tropes, and that they wanted to do their best to steer SOUTHPAW in a different, fresh direction.

For McAdams, it was crucial to not just play the role of Billy’s wife Maureen, but to tackle it with an understanding of the sport as a real-life wife like her would have had. Says Claybon, “Rachel wanted to really feel and understand what a fighter goes through so she can get an understanding of, when her husband’s in there fighting, what he’s going through. She was taking boxing with me so she could get gutted out, per se, and get a real feel of what it takes to be a fighter.” Adds Fuqua on McAdam’s character preparation: “When she says ‘You’re taking too many punches,’ she actually understands that because she was around it so much.”

“We have known each other for years; we’re friends so we already had a foundation when we started filming, and then (because of the movie) we spent a lot of time together. ”
–On working with Jake Gyllenhaal (News.com.au)

“Oh man, you Canadians you get me. She’s amazing. She’s a lovely, lovely human being. She’s a consummate professional and I adore her. She’s probably one of the most strikingly beautiful creatures and she’s a lovely human being. Working with her is is easy, particularly, the relationship is a love story and these two people are almost codependent in their love. They are really two different sides of the same coin. You meet Rachel and your heart just opens. I know you know that as an audience member, even if you met her before, working with her is the same thing watching her. She’s easy to fall for.”
–Jake Gyllenhaal, co-star (CTV Vancouver News)

“Deep down inside, I know she wants to be home and go to her local co-op. I think if you told her she would live a life where she wasn’t an actress, exactly half of her would be genuinely fine with that. Actors say that but deep down want to be the star of the show. But she’s a really private person.”
–Jake Gyllenhaal, co-star (Los Angeles Times)

“As Gillian Welch says, ‘Some girls are blessed with a dark turn of mind.’ She has that beautiful darkness but exudes a real, true light. To be dark and light at the same time is as rare as it is infectious.”
–Jake Gyllenhaal, co-star (Marie Claire)

“Rachel McAdams is absolutely perfect as Billy’s eternally loyal wife. Clearly the brains behind his career, she expertly mixes toughness (she’s supposed to have grown up “in the system”) with vulnerability and the chemistry between her and Gyllenhaal is white-hot. This, paired with her work on True Detective, is going to make a lot of people see McAdams in a new light, with her bringing a real earthiness to the part.”
–Chris Bumbray (JoBlo)

“Rachel McAdams is Southpaw’s right hook. The True Detective star briefly appears as Hope’s no-bullshit wife, Maureen. She’s electric. This is a McAdams we don’t get in her pent-up procedural role. She stands up to the brawny, growling Gyllenhaal without missing a beat.”
–Matt Patches (Esquire)

“People can talk all they want about Gyllenhaal reinventing himself physically for “Southpaw,” but as Maureen, Rachel McAdams does an impressive reinvention job in an atypically gritty role, without all the gym time.”
–Michael Phillips (Chicago Tribute)

☆ 2015 Golden Schmoes Awards as Best Supporting Actress of the Year 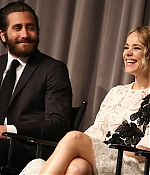 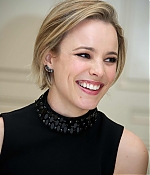 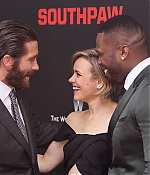 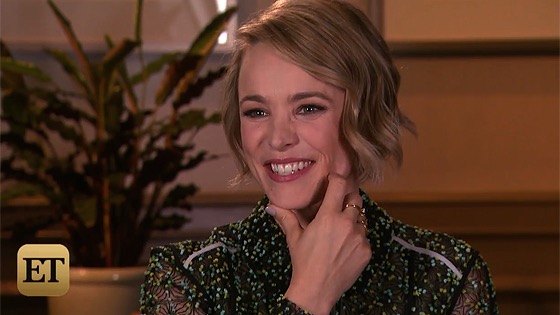 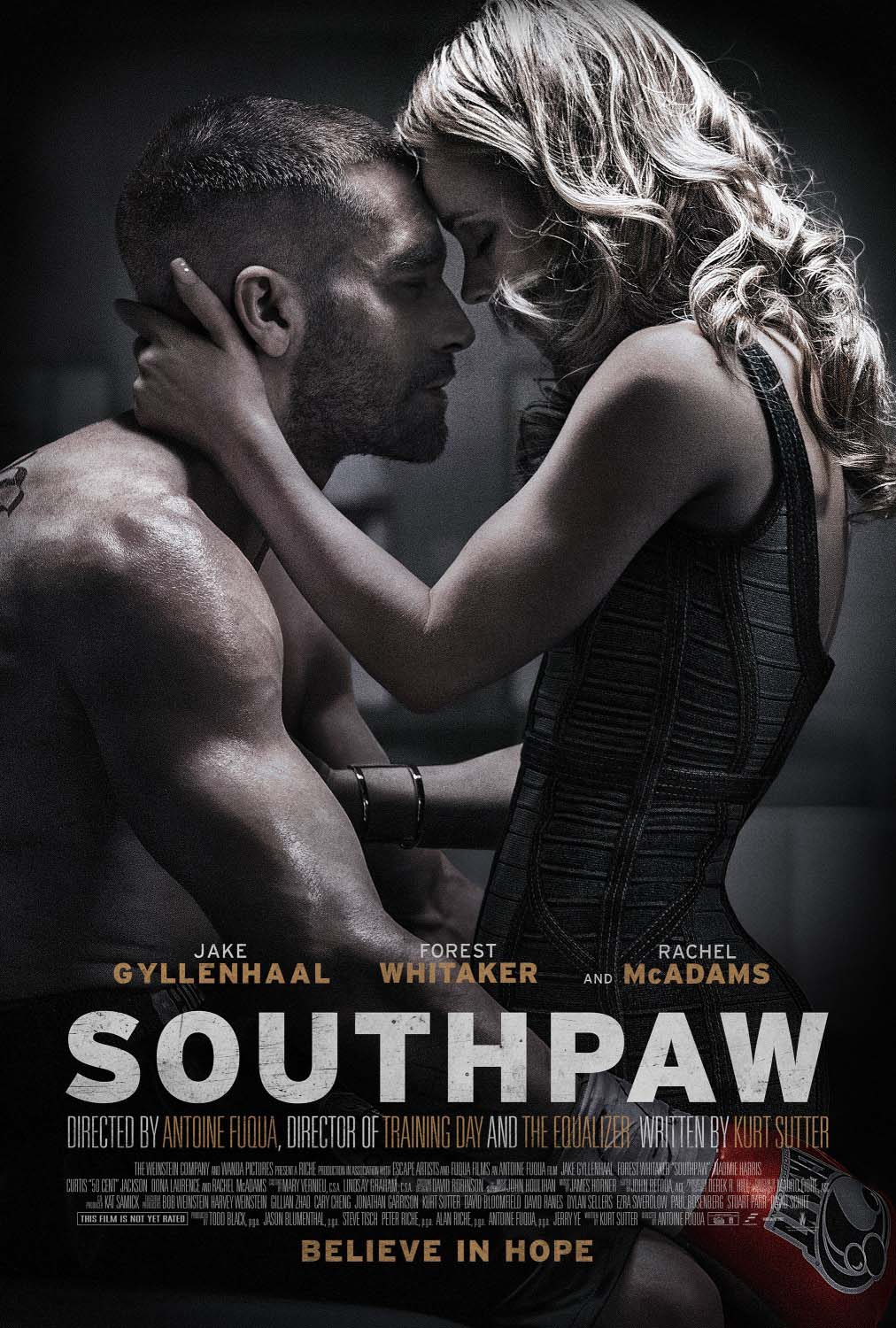 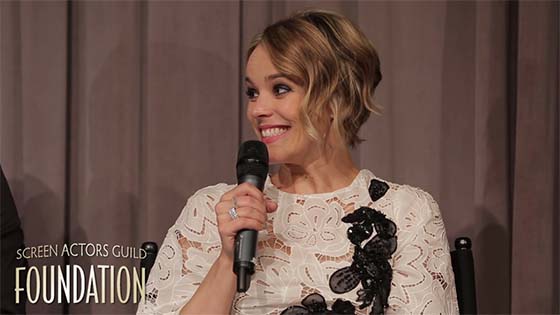 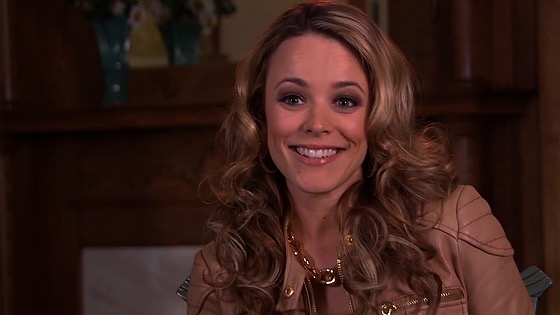 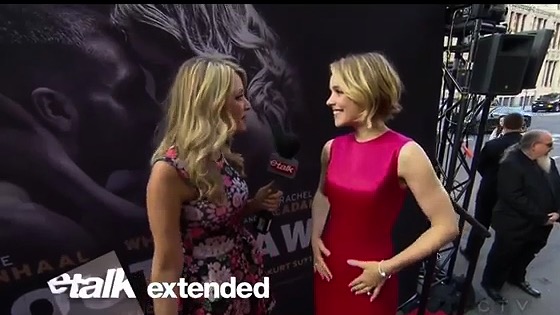 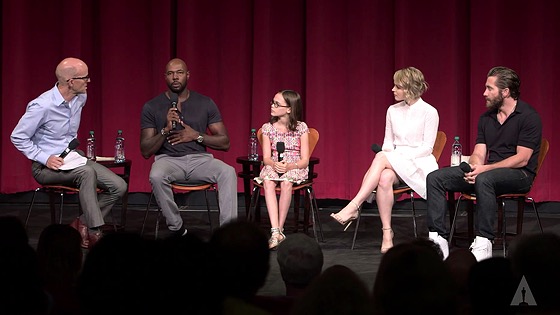