When an aide to prominent US Congressman Stephen Collins dies in what initially appears to be an accident, two journalists from the Washington Globe newspaper investigate when they obtain information that it may not have been an accident. The dead woman was the Congressman’s chief researcher in hearings concerning a private sector security firm supplementing the use of US Armed Forces around the world. She was also Collins’ lover. The two journalists have contrasting styles: Cal McCaffrey is a traditional print journalist who uses his contacts in the police department to get his information while Della Frye uses new media such as blogging to get her information out to the public quickly. As they delve into the role the private company might play in domestic security, McCaffrey also realizes they have all been duped into making one serious, but false, assumption. 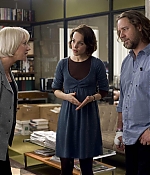 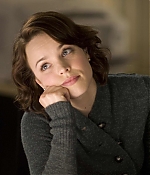 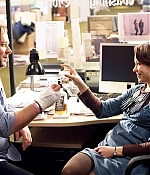 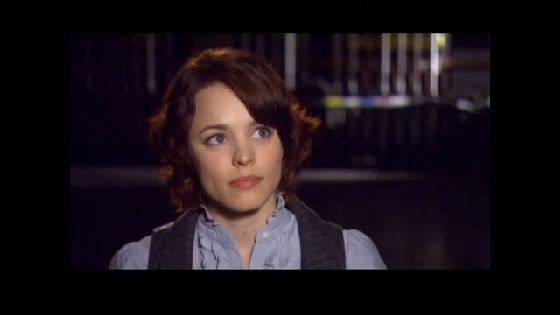 In the chess match of Beltway politics, there is constant maneuvering between two worthy teams: politi- cians who seek to retain their positions of influence and journalists out to uncover corruption that accompanies unchecked power. What binds the opponents is their need for each other. And assassination—whether of a char- acter or a life—is sometimes a means to their endgame. Oscar® winner RUSSELL CROWE (Gladiator, American Gangster) leads an all-star cast in a blistering thriller about a rising congressman and an investigative journalist embroiled in a case of seemingly unrelated homicides. Crowe plays Cal McAffrey, a veteran D.C. reporter whose unyielding determination leads him to untangle a mystery of murder and collusion among some of the nation’s most promising political and corporate figures in State of Play, from KEVIN MACDONALD (One Day in September, The Last King of Scotland).

Ambitious, unflappable U.S. Congressman Stephen Collins (Oscar® winner BEN AFFLECK, Hollywoodland, Gone Baby Gone) is the future of his political party: an honorable appointee who serves as the chairman of a committee overseeing defense spending. High hopes are pinned to this rising star to become a leading national figure — until his beautiful young staff assistant dies tragically and buried secrets come tumbling out.

McAffrey has the dubious fortune of having both an old friendship with Collins and a tough-as- nails editor, Cameron Lynne (Oscar® winner HELEN MIRREN, The Queen, Gosford Park), who has assigned him to investigate the story. As he and novice partner Della Frye (RACHEL MCADAMS, The Notebook, Red Eye) try to uncover the killer’s identity, McAffrey steps into a cover-up that threatens to shake the nation’s power structures. In a town of spin doctors and wealthy politicos, he will discover one truth: When billions are at stake, no one’s integrity, love or life is beyond question.

Joining the lead cast is an accomplished team of performers including ROBIN WRIGHT PENN (Beowulf; New York, I Love You) as Stephen Collins’ loyal wife, Anne; JASON BATEMAN (Hancock, The Kingdom) as manipulative public relations executive Dominic Foy; and JEFF DANIELS (Good Night, and Good Luck.; The Lookout) as George Fergus, a powerful senator with the reputation of his party on the line.

Late September 2007 it was announced that Rachel, Helen Mirren and Robin Wright Penn would join Brad Pitt, Edward Norton and Jason Bateman in “State Of Play.” Filming was originally scheduled to begin on November 15, 2007 in Los Angeles and Washington. Pitt dropped out due to other commitments and late November 2007 it was reported Crowe was being eyed to replace him. Crowe signed on a few weeks later and Ben Affleck replaced Edward Norton, the latter had to drop out due to production delays. The movie was filmed in LA, Arlington but mainly in Washington. Rachel and co-stars Russell Crowe and Ben Affleck were spotted in Washington March 2008.

“We looked at photographs of newsrooms and saw what everyone was wearing. There was a practicality to what they wear.”
–On the difference between the original series (Ny Daily)

“Kevin [Kevin Macdonald,director] and I had a conversation about it and talked about Della a little bit and would I be right for it and just heard his take on it. It just started with a conversation and went from there.”
–On how she got the part (Cinema Source)

“McAdams, with her lively eyes and large, expressive forehead, holds her own against Crowe. Mercifully, she avoids any temptation to play girly and demure to his grizzled alpha male.”
–Sukhdev Sandhu (Telegraph)

“McAdams holds her own with Crowe in every scene, a real accomplishment that more seasoned actors can’t say. She plays Della as callow but not cynical, and the film wisely avoids making the relationship between her and mentor Cal a romantic one.”
–Jim Vejvoda (IGN)

“Only Robin Wright Penn and Rachel McAdams are underused, though they do what they can with what they are given.”
–Scott Mendelson (Huffington Post) 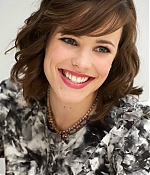 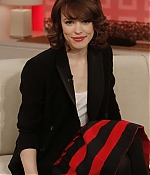 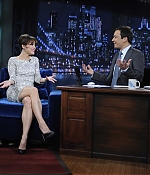 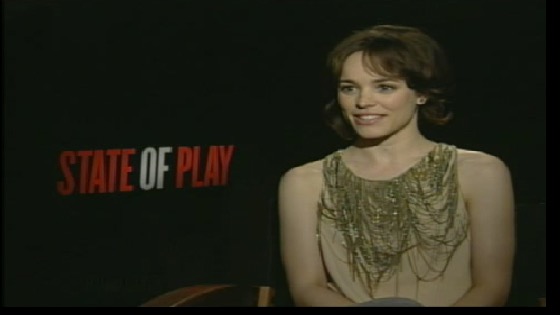 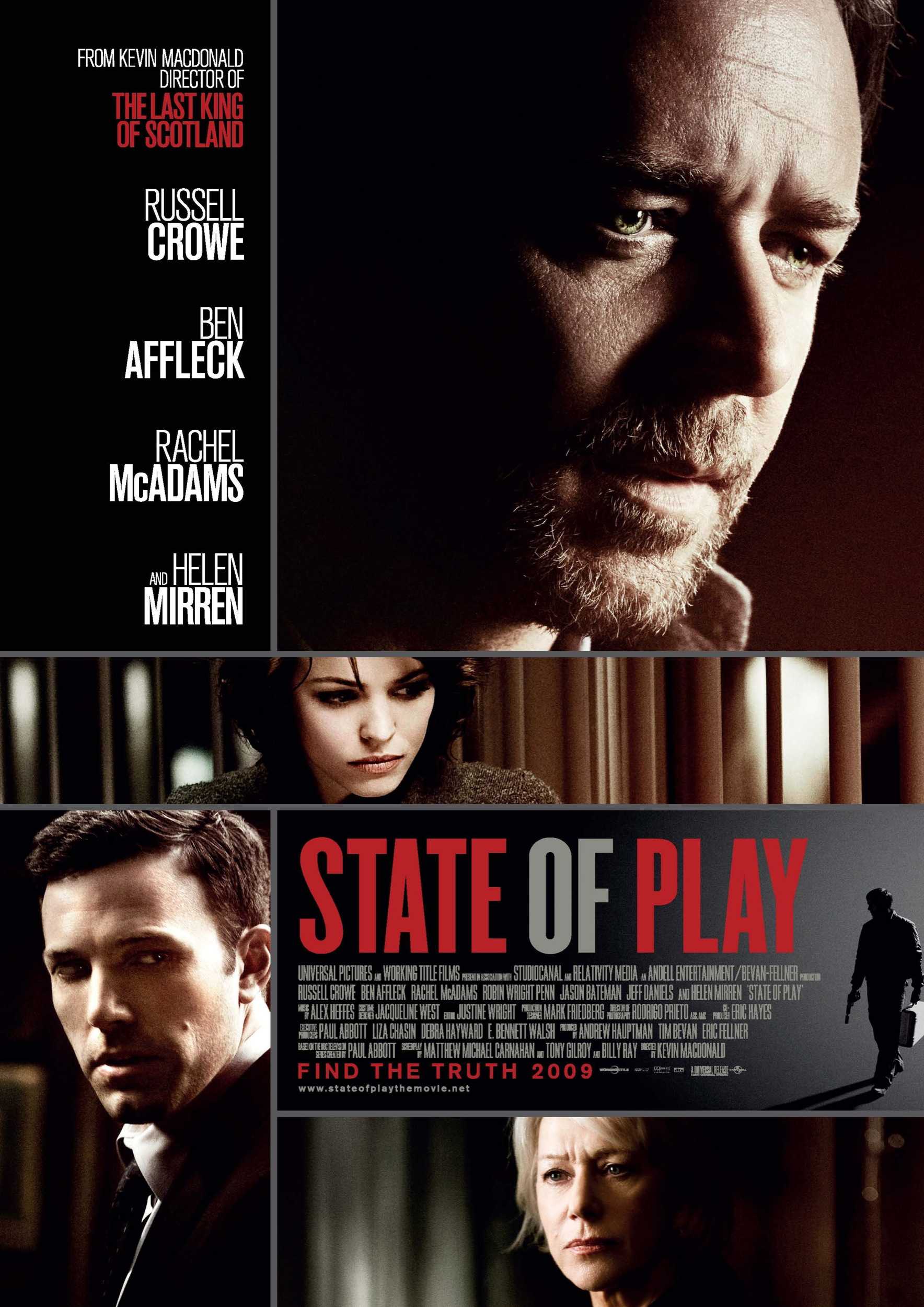 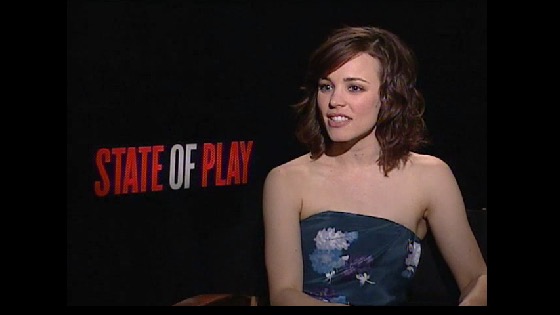 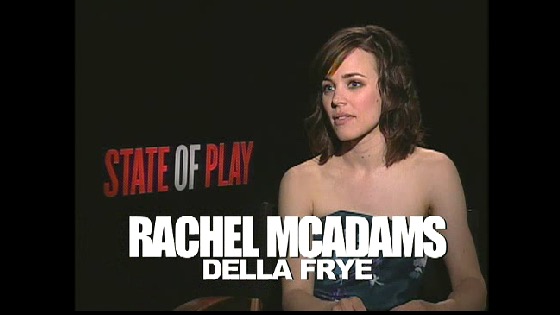 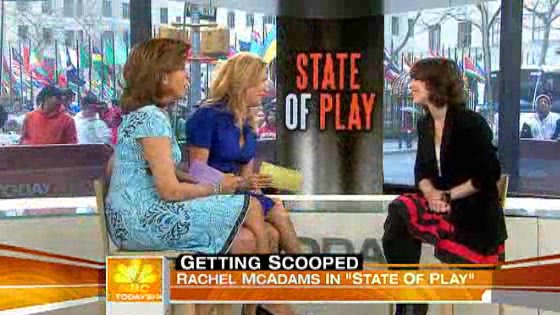 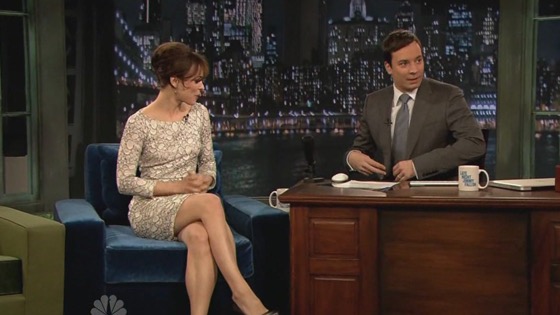