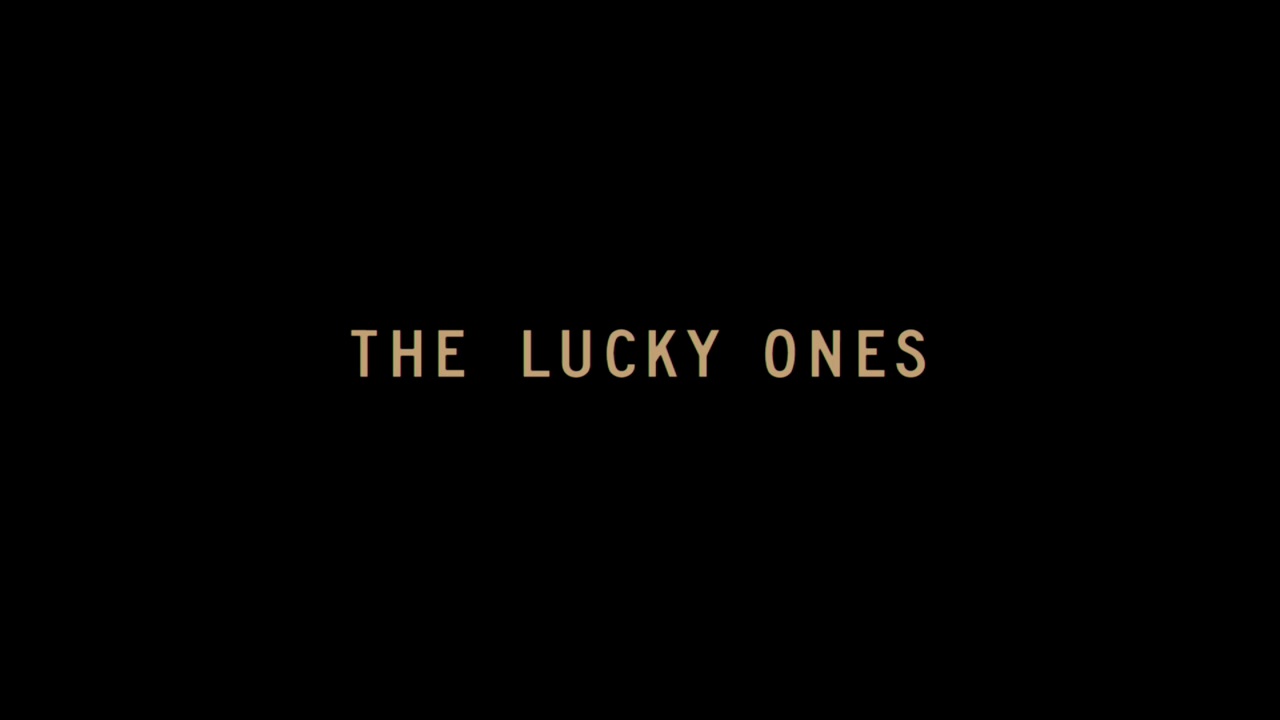 Photo Gallery
Watch videos
Press Archives
News Feed
Three strangers with nothing to lose. And everything to find.
When three very different U.S. soldiers find themselves on an unplanned road trip across America, they form a deep bond that may be the closest thing any of them has to real family. A humorous and timely drama about coming home. T.K. Poole (Michael Peña), Colee Dunn (Rachel McAdams) and Fred Cheever (Tim Robbins) arrive in New York from Germany only to find their connecting flights canceled due to a power outage. Anxious to get to their respective destinations, they agree to share a rented minivan to suburban St. Louis where Cheever is to reunite with his wife and teenage son. From there, the other two plan to fly to Las Vegas where the macho T.K. wants to make an important stop before seeing his fiancée and the tough yet naïve Colee plans to pay a visit to a fallen fellow-soldier’s family. 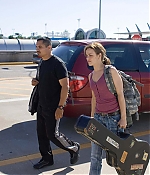 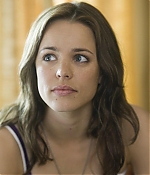 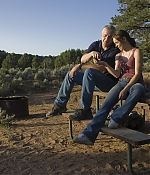 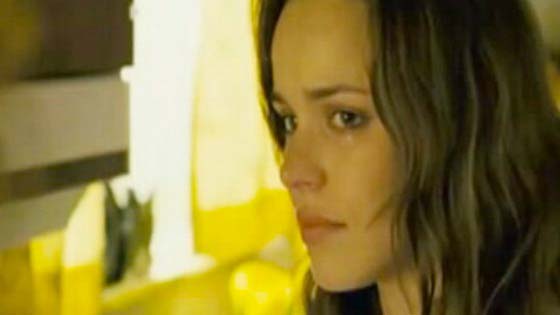 Each character in the movie is somehow representative of America. In the case of Colee Dunn, played by Rachel McAdams, she’s the heart of America, optimistic and maybe a bit naïve about the world. She’s a fighter, a tough-talking but somewhat lost young woman with an unhappy family life, who fantasizes about living with her dead boyfriend’s parents in Las Vegas.

“I liked the ambiguity of the script,” McAdams says when asked what attracted her to this project. “I liked that sometimes I wasn’t sure whether I should laugh or not.”

“Colee’s got all her eggs in one basket,” McAdams continues. “She’s hoping this family who’s never met her will take her in, so she’s really living in a fantasy world. She’s seeking out fellowship and brotherhood, and I think that’s what she loves about the military. She really doesn’t have anyone, but she finds TK and Cheever and discovers a lot more about herself in losing her fantasy.”

The three soldiers are on an emotional roller coaster, McAdams says. “When you come back from such an intense experience as war, you’re not quite sure where you fit in anymore. You don’t know how to describe your experience to people, and you feel really lonely, yet you’re seeking out connections. You try to reintegrate into what used to be your home, and it’s a really odd place to be.”

Early March 2007 it was announced that Rachel was set to star in “The Lucky ones”, alongside Tim Robbins and Michael Pena. Filming began in May 2007 and lasted for eight weeks. During that time, the cast and crew formed a close bond as they traveled to locations in Illinois, New York, Pennsylvania, Missouri, Colorado, and finally to Las Vegas. About a quarter of the film takes place in the minivan. A rough cut of the movie was shown in September 2007 to potential distributors and Lionsgate bought the rights. The first release date was set in in the Spring 2008 but Lionsgate pushed it back to the fall and the movie premiered at the Toronto International Film Festival 2008.

“I thought she was such a weirdo. She has a strange mix of qualities. She seemed like she’d be a lot of fun to play. I didn’t totally understand her completely. I thought it would be a really great exploration.”
–On her character Colee Dunn (USA Today)

“When I first read the script [of The Lucky Ones], I didn’t get my character and I found that interesting. She had such a mishmash of qualities — one minute she’s a hellcat and the next she’s so sensitive. I liked that sense of complication. And I was interested in what it is to belong to something like the Army and the nature of true fellowship and service.”
–On her character Colee Dunn (T Magazine)

“Basically, the movie [The Lucky Ones] is a long road trip, and that was resonant for me.”
–On why she got involved (T Magazine)

“It was real easy. These are two [Rachel McAdams, Michael Peña] really great actors and I felt from the start all three of us were open to each other and generous with each other. We had to be because we were going to be stuck in a car for seven weeks. So we went out to dinner a lot, and I became kind of this social director of these two youngsters. I was surprised how much time they wanted to spend in their hotel rooms. I had to get them out and about. We were in Chicago and St. Louis, two great places to go hear music, and so we did a lot of that. ”
–Tim Robbins, co-star (Movie Online)

“Well, Rachel’s really, you know… From my perspective, that’s a really difficult role to play and I thought she did it so brilliantly. It’s tough to be optimistic and possess that kind of positive energy. I know people like her character and they’re intoxicating, you know people, but it’s a tough role to play. There’s so many pitfalls in it, and I just felt she did a great job of it.”
–Tim Robbins, co-star (Movie Online)

“Rachel I had known about, and she was at the top of my list for the character of Colee. You know, Colee’s kind of a complicated part in that she’s really naive, but very wise in a way as well. It’s a very complex role. And I talked to her at length about it, and I just thought that she would be the one to do it. She has sort of similar qualities to Colee in the sense that she has an openness and an optimism that I really responded to.”
–Neil Burger, director (Movie Online)

“She’s so great in the movie, she plays this incredibly character and it sort of sums up the spirit of the movie.”
–Neil Burger, director (mediathinkRCD)

“Rachel McAdams comes into her own here. Previously she has been seen mostly as a hot chick (the title of her worst film) or an idealized sweetheart. Here she is feisty, vulnerable, plucky, warm, funny. This is her coming of age as an actress. She provides yet another lesson that you can’t judge acting ability until you see an actor given a chance to really stretch. Watch the poignance of the scene when she meets her boyfriend’s family.”
–Roger Ebert (SunTimes)

“The Lucky Ones isn’t dull, and the actors do quite nicely, especially McAdams, who’s feisty, gorgeous, and as mercurial as a mood ring.”
–Owen Gleiberman (EW)

“Rachel McAdams, luminous as always. […] The lead actors work so well together, adding depth and levels of vulnerability to fairly underwritten roles, the emotional consequences of the sense of displacement these “lucky” characters — lucky to be alive”
–Laura Kern (New York Times) 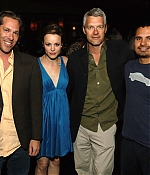 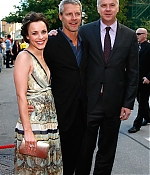 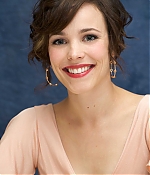 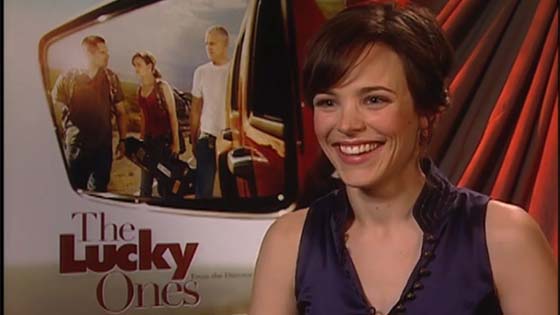 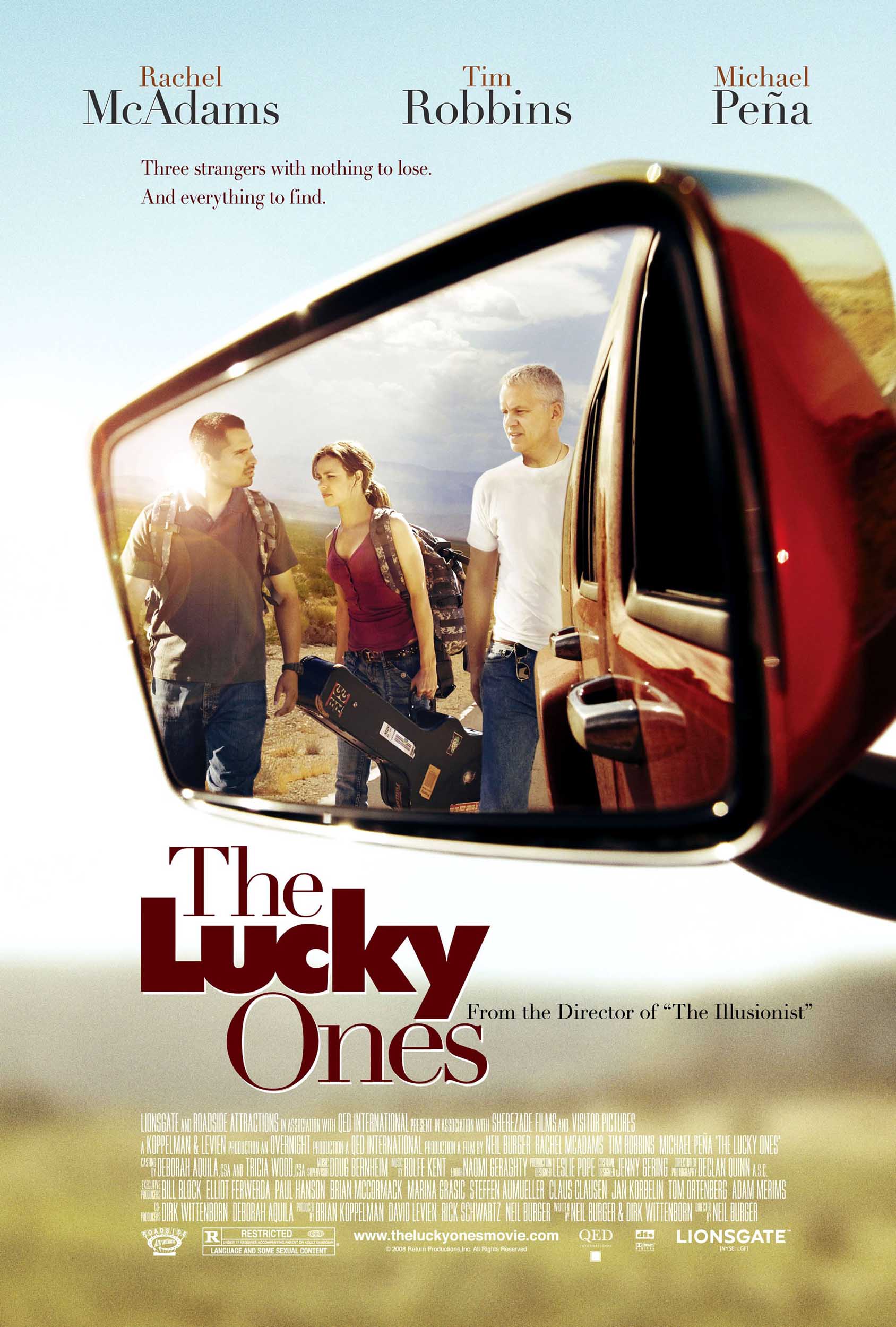 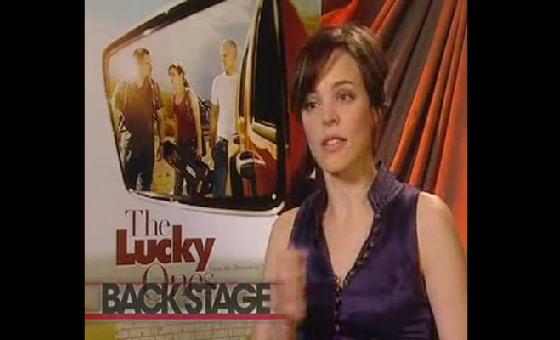 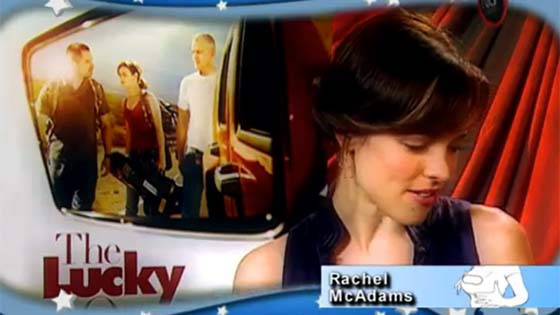