A romantic drama centered on Neil, a man who is torn between two loves: Marina, the European woman who came to United States to be with him, and Jane, the old flame he reconnects with from his hometown. In To The Wonder, Malick explores how love and its many phases and seasons – passion, sympathy, obligation, sorrow, indecision – can transform, destroy, and reinvent lives. After visiting Mont Saint-Michel — once known in France as the Wonder — at the height of their love, Marina (Olga Kurylenko) and Neil (Ben Affleck) come to Oklahoma, where problems soon arise. Marina makes the acquaintance of a priest and fellow exile (Javier Bardem), who is struggling with his vocation, while Neil renews his ties with a childhood friend, Jane (Rachel McAdams). An exploration of love in its many forms. 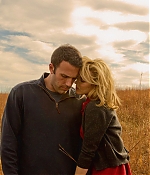 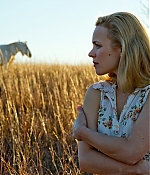 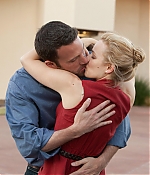 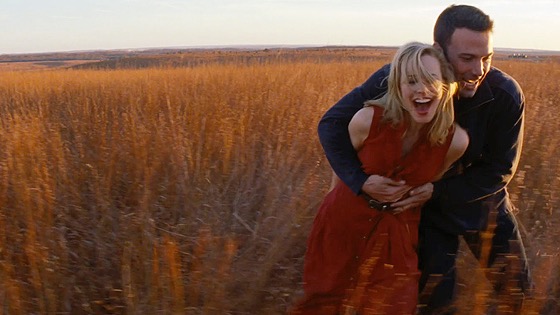 “The film feels to me like more a memory of a life than a literal story in real time of someone’s life, the way movies more commonly are,” says Ben Affleck, who plays TO THE WONDER’s central character, Neil. “This pastiche of impressionistic moments, skipping across the character’s life and moving in a nonlinear way, mirror, in my mind, the way one remembers one’s life. It’s a little hypnotic and you’re a little bit in a daze — it’s more fluid than real life is.” To achieve this quality, Affleck and his fellow cast members immersed themselves in Malick’s imagined world. The director guided them toward classic works of fiction, art, music and cinema to foster the mindset and understanding of their character. Many didn’t know what the film would ultimately be about or how the final product would turn out, as Malick leaves himself room to accentuate the movie’s core themes during post-production. Malick’s cast members say they will miss the experience when they move on to more traditional projects. “He’s always giving leeway and room for you to make up your own mind, which is really lovely,” says Rachel McAdams, who plays the role of Jane, a woman who tempts Neil with the promise of a different kind of love.

TO THE WONDER also required some cast members to transcend their usual acting methods by blurring fiction and reality. Javier Bardem plays a priest who is struggling to live up to the high expectations of his own commitment. To prepare him, Malick teamed him with respected photojournalist Eugene Richards to talk with prisoners, actual priests and Bartlesville residents, some of whom shared troubling life stories. “These stories, the way they talked to me, was amazingly powerful,” Bardem says.

This process was incredibly moving for all concerned. “We got to know so many extraordinary people while shooting this film,” says producer Sarah Green. “A former meth addict took the opportunity to tell his story in front of his son. A woman facing death spoke about her concern for her child’s future. Inmates shared their histories. We all came away profoundly changed.”

Though such experiences were often trying, Bardem, like many of his fellow actors, says that working on TO THE WONDER was an electrifying and eye-opening experience that he will treasure for years to come. “It’s going to be hard for me to get back to the normal, orthodox set,” Bardem says. “It’s chaotic in a good way because you are alive all the time, like you are really discovering the world, discovering the other through your eyes because you don’t know what’s going to happen next, and that’s beautiful. It’s one of the main goals of performing.”

Early February 2010 it was reported that Rachel, Christian Bale, Javier Bardem, and Olga Kurylenko were set to star in “To The Wonder”, with filming scheduled to begin in the fall of the same year. Terrence Malick is a notoriously secretive, fiercely press-shy filmmaker who has always kept a tight lid on his projects. Therefore only one on set photo was released so far. Rachel did confirm she filmed for the project in Oklahoma in October/November 2010. She returned for (re-)shoots and shooting of additional scenes in March 2011 in Oklahoma. Ben Affleck and Olga Kurylenko were seen filming in Paris in May 2011, no confirmation (yet) if Rachel was there as well.

“We spent a fair amount of time together before we got started. I got to know the town we were shooting in, as though I had lived there. There’s great preparation involved with him [director Terrence Malick].”
-On the preparation (Collider)

“He was wonderful and so inspiring. He has a very different way of working and I think it really services a real honesty and beauty in his films. It was a great experience, as an actor. You have to be very honest and very vulnerable, and take a leap and just hope someone will catch you, and he does. You can just let yourself go and let him take you where he’s going to take you, and trust that it will be interesting and compelling. You don’t have to do a lot, in a weird way. It was a great experience.”
-On working with director Terrence Malick (Collider)

“It was great working with Terrence Malick recently. He took me around a town where my character would have lived and pointed out, “Perhaps you grew up in that house, and your dad worked at that building, and you went to that school.” I found it incredibly helpful.”
-On working with director Terrence Malick (Elle)

“You don’t know [what the movie will be like] with Terry. He really creates a family. The crews are very small, intimate. All I can say is, it was a very satisfying unique way of shooting. And [the film] will probably be very beautiful.”
-On working with director Terrence Malick (Elle)

“It was shot in Oklahoma and we were there with the wild horses and buffalo. It’s been a great year; I’m very lucky. I have no complaints.”
-On filming untitled Terrence Malick project (Sydney Morning Herald)

“We finished The Vow that was after Midnight In Paris and then I went and did a Terrence Malick film after that. [It is] still untitled. I’ll find out when I see the film, but it’s a romance as far as I can tell. It’s a bit of a triangle between Ben Affleck’s character and Olga and myself.”
-On the untitled Terrence Malick project (Tonight at the Movies)

“Wonderful, so inspiring. It’s a very different way of working. I think it really services a real honesty and beauty in his films, and it was a great experience as an actor. Because, you have to be very honest, very vulnerable, take a leap and just hope someone will catch you and he does. Again, same thing with Woody, you can sort of just let yourself go and let them take you where they are going to take you, and trust that it will be interesting and compelling. You don’t have to do a lot in a weird way. Both great experiences.”
-On working with Terrence Malick (Tonight at the Movies)

“But he’s a very open, warm person. We spent a fair amount of time together before we got started. I got to know the town we were shooting in, as though I had lived there. There is great preparation involved with him.”
-On director Terrence Malick (Tonight at the Movies)

“We shot lots of scenes with Rachel, and they didn’t end up in the movie, but there are scenes where we’re communicating in a very sisterly way.”
–Olga Kurylenko, co-star (Yahoo! UK)

“Terry always told me that between Marina and Jane, who is played by Rachel, even though the fact that Marina’s man goes to Jane, and she could hate her, but all that Marina has for Jane is love. He wanted us to have noble relationship. Marina understands that that woman also deserves love, and no matter how painful it is, she accepts her, and all she says is ‘I love you, I love you.'”
–Olga Kurylenko, co-star (Yahoo! UK)

“Neil then rekindles a romance with Jane (a never-better Rachel McAdams), a sylph-like rancher who may have been his childhood sweetheart.”
–Robbie Collin (Telegraph UK)

“McAdams has the least to do of the principals, but is wonderfully haunted and sad in her brief appearances.”
–Oliver Lyttelton (IndieWire)

“Kurylenko moves with balletic grace while Rachel McAdams registers strongly as a woman living on a ranch who has a fling with Affleck.”
–Geofrey MacNab (Independent)

“He (Terrence Malick) is assisted by dedicated acting, a plangent musical score and cinematography that helps to expresses his fervent desire to push us towards some sort of religious conviction within a world that would otherwise be meaningless.”
–Derek Malcolm (Standard)

“The film comes to life when McAdams appears on the screen; she oozes with vulnerability. The film takes on an importance, and what happens palpably matters. In just one of the film’s enduring images, the honey-blond McAdams saunters in a golden wheat field, shot probably during sunrise, in a rich scarlet dress. She’s given the full goddess treatment. Sadly, she’s only in the film for 15 minutes.”
–Kent Turner (Film Forward)

“In 10-15 minutes of screen time, Rachel McAdams gives perhaps one of the most impressive performances of her career as an old flame of Affleck’s character. Her vulnerable, lonely visage, eager for joy, reflects best the longing and searching all three of these characters experience.”
-Michael Leaser (WorldMag) 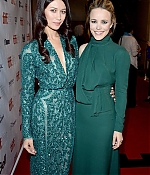 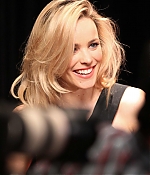 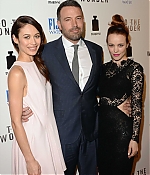 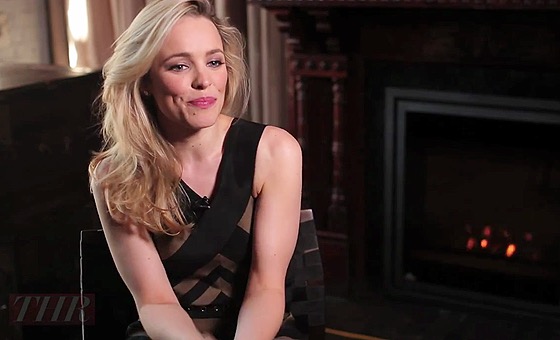 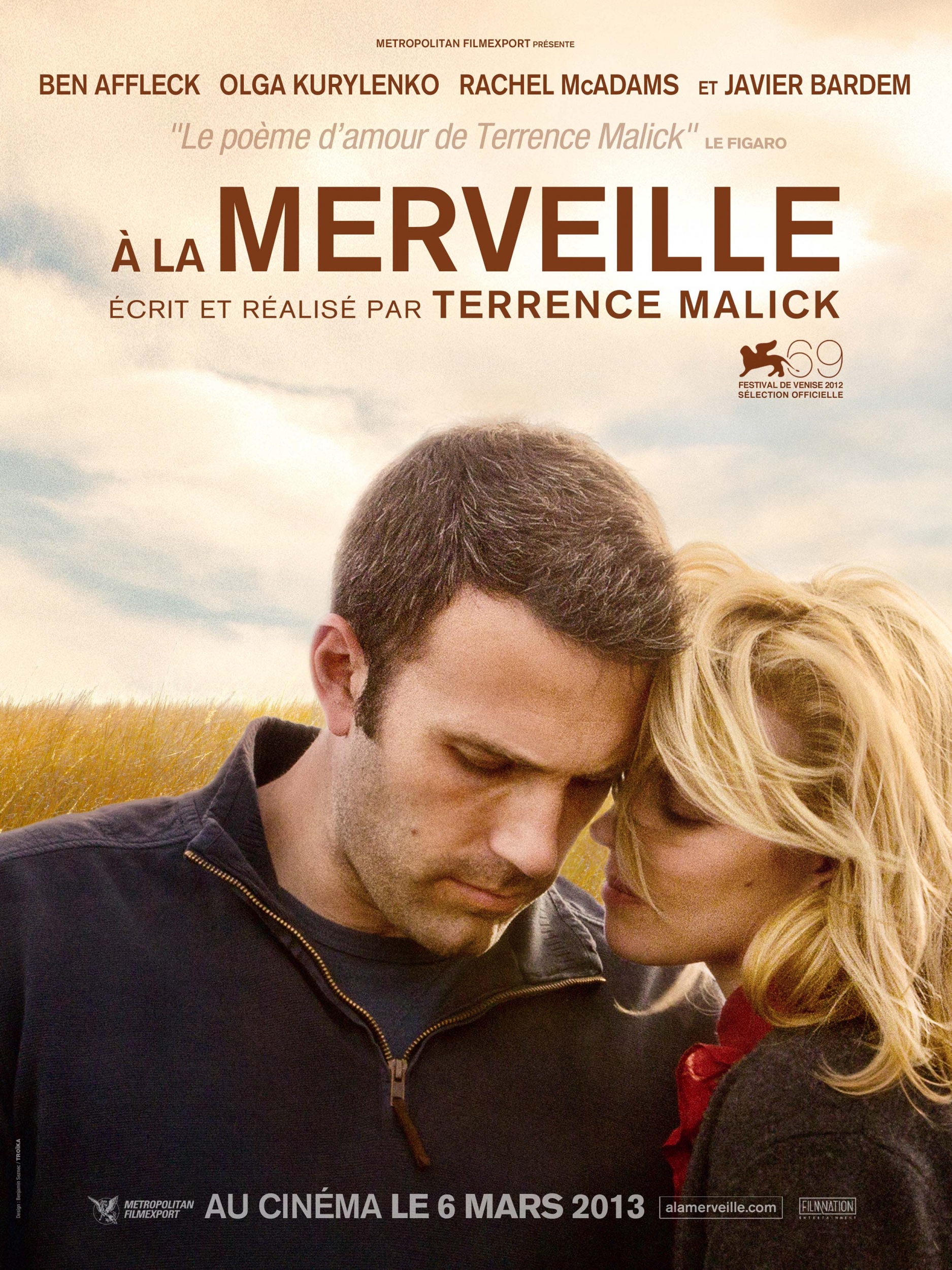 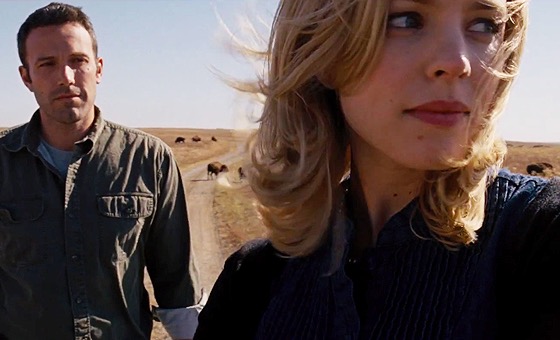 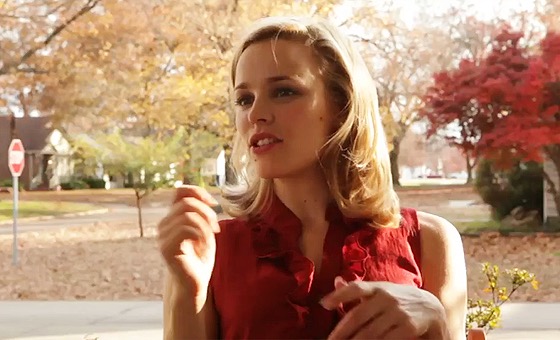 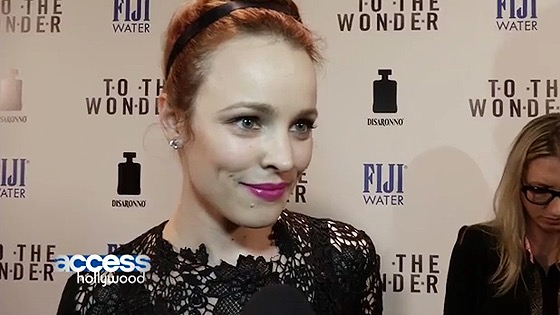 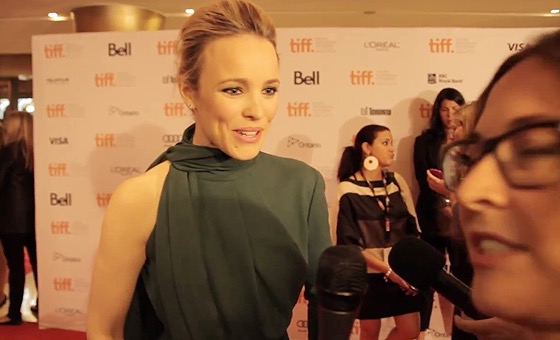