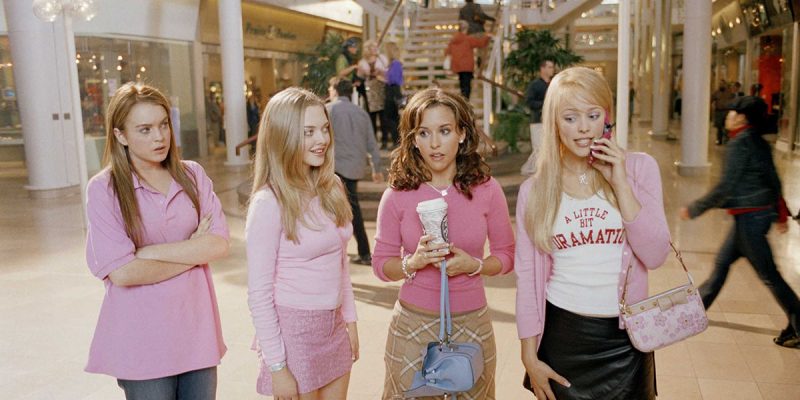 On Tuesday it as October 3rd which has been referred to as #MeanGirlsDay because of one of the jokes in the movie (this one to be exact). “Mean Girls” has been a fan favorite movie and part of the cast reunited this year to ask the fans of the movie to consider donating to Mean Girls for Las Vegas. A Go Fund Me page has been set up and all funds raised will be distributed to the victims of Las Vegas. Rachel is not part of the videos uploaded on the page (thus far), but we wanted to highlight this initiative because we think it’s a great way of the cast to reunite and give back. For more information, be sure to head over to GoFunMe.com/october3!

The cast of Mean Girls is teaming up this October 3rd to do some good. We’re asking for just $3 to hit a $300,000 goal. We are working directly with the National Compassion Fund, a program in the National Center for Victims of Crime. This organization collected and distributed funds to victims of the Pulse Nightclub shooting, the Aurora shooting, and even 9/11.

100% of funds raised will be distributed to the victims of Las Vegas through the NCF at the completion of this campaign. Do something grool today. Let’s hit this goal together. We might not make fetch happen, but we can make this happen.

The original videos can be found after the jump.

END_OF_DOCUMENT_TOKEN_TO_BE_REPLACED 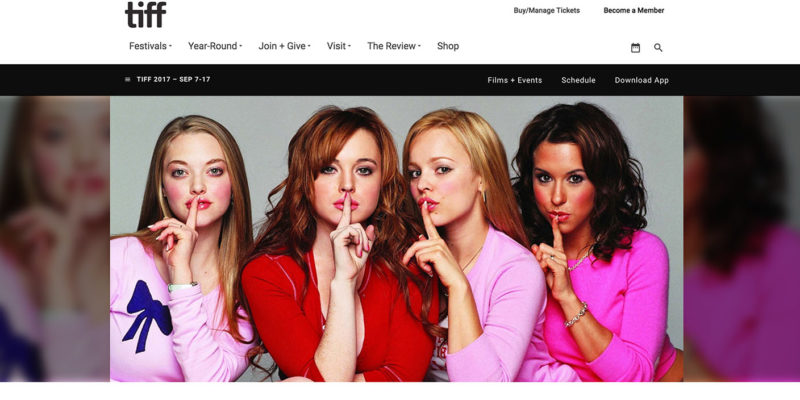 In our excitement of “Disobedience” getting selected for the 2017 Toronto International Film Festival we missed this news before. Turns out TIFF is hosting a special screening for “Mean Girls” as part of their Festival Street program. The screening will be held on Sunday September 10. This program is held on on King Street from Peter Street to University Avenue and the screenings and events are for free. The screening is preceded by Begone Dull Care, a hand-drawn animation features colours, shapes, and patterns painted directly onto clear 35mmfilm stock and set to the extraordinary jazz music of the Oscar Peterson Trio. For more information be sure to head over to TIFF’s official website.

“Disobedience” will also have it’s first screening on September 10, as we previously reported. The festival runs from September 7 to 17, 2017 and Rachel is expected to attend the festival, most likely for the “Disobedience” screening.

We have added the digital magazine scans of Entertainment Weekly’s Reunion issue in our gallery which features Rachel alongside her “Mean Girls” co-stars. Many thanks to our friends Luciana and Ali for their donations! The magazine is on newsstands right now, so be sure to pick up your (digital) issue right now! 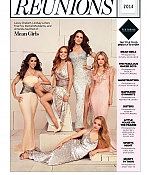 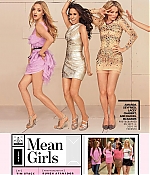 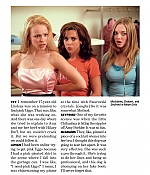 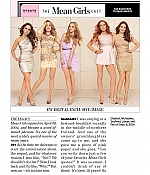 Update: We have replaced the scans with better quality, thanks to my friend Claudia for donating the scans.

Entertainment Weekly featured the “Mean Girls” cast in their annual reunion issue which will hit newsstands this friday. Rachel is featured in the cast photoshoot and interview alongside Tina Fey, Amanda Seyfried, Lacey Chabert, and Lindsay Lohan. We have added the photoshoot outtakes in our gallery and the interview in our press archive. We will add the magazine scans as soon as possible. 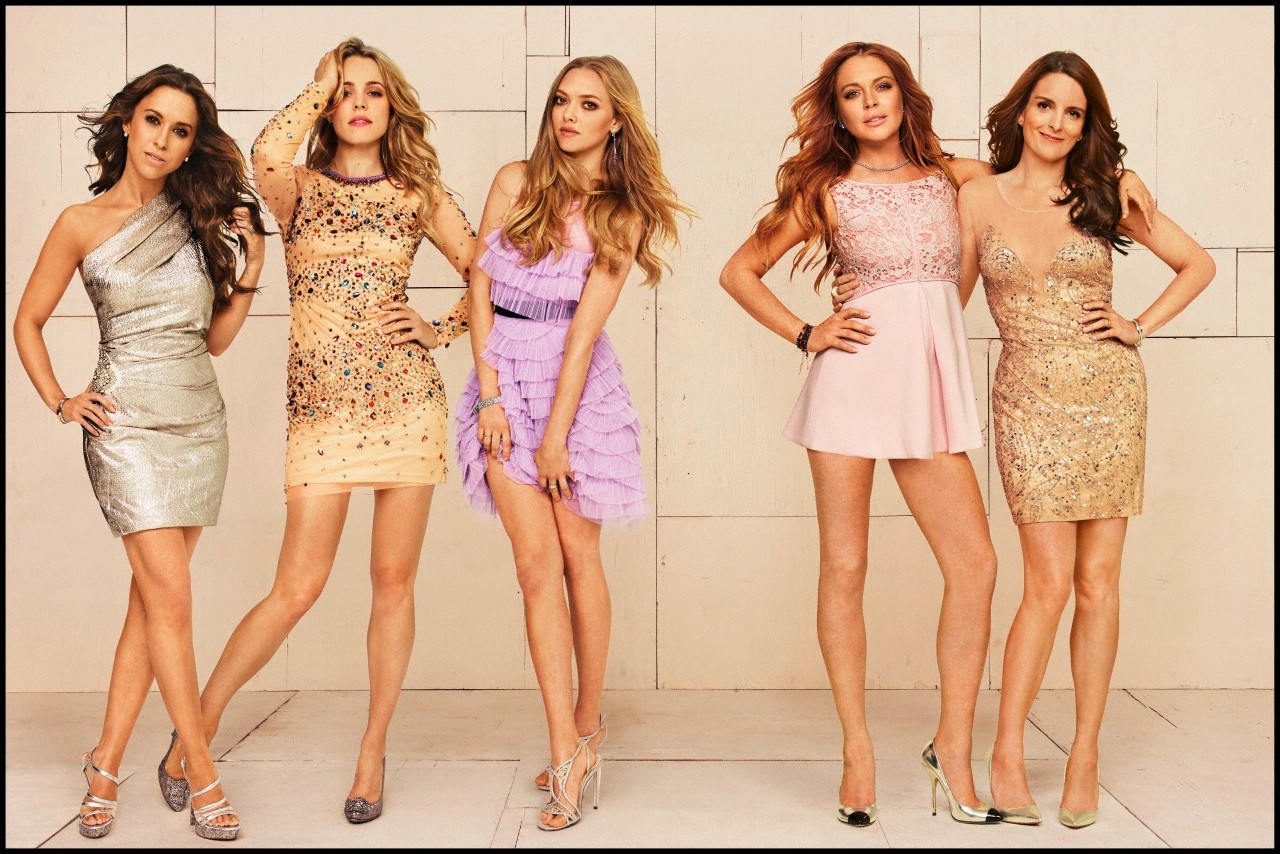 If you happened to be anywhere near the Internet on Oct. 3, you probably noticed an outpouring of nostalgia for 2004’s Mean Girls. The reason? A throwaway line uttered by Lindsay Lohan’s Cady: “It’s October 3rd.”

That may seem a pretty slim thread to hang an entire day on, but it’s indicative of the fervent fan base for this new-classic teen comedy. Written by Tina Fey and directed by Mark Waters (Vampire Academy), Mean Girls stars Lohan as a high school student at a new school who infiltrates the Plastics, a group of nasty popular girls led by queen bee Regina (Rachel McAdams) and her underlings: insecure Gretchen (Lacey Chabert) and dumb-as-a-stump Karen (Amanda Seyfried). The film became a surprise sleeper hit, earning $129 million worldwide and gaining an even bigger following on DVD. In the decade since, Mean Girls has joined Clueless and Sixteen Candles in the teen-comedy canon.
» Read entire interview

The fan favorite movie “Mean Girls” is celebrating it’s 10 year anniversary today. The movie was released in theaters exactly 10 years ago on April 30, 2004 in the US. The movie turned into a phenomena and pop-culture favorite. We updated our (new) gallery with lots of “Mean Girls” images to celebrate the anniversary and we have more goodies coming up later on so stay tuned. The New York Times published an article on the anniversary this past weekend and it also features a few new quotes of Rachel. The article is added in our press archive and some excerpts can be found below. 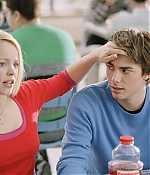 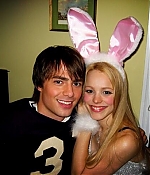 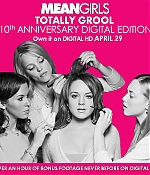 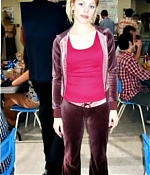 On Regina George: “At the heart of Regina George was a really angry kid who had no boundaries or guidance. Mark told me to listen to Courtney Love really loud, and to watch Alec Baldwin in “Glengarry Glen Ross.”

On the success: “[The success] was surprising to me because when you’re making something, you kind of have no concept of it. But this was the script that made me call my manager halfway through and say, “I will play any part in this.” Tina hit a nerve about girl politics, but in a nonconfrontational way.”

On a recent fan encounter: “I recently stayed at a bed-and-breakfast in Europe, and the owner’s young granddaughter asked me to write down a few lines from the movie at breakfast. I was like a deer in headlights. I couldn’t remember any. And she proceeded to give me 12 direct quotes.”

There have been rumors about a possible cast reunion panel earlier this year, but so far nothing has been confirmed. New Beverly Cinema is hosting an anniversary screening today and tomorrow. Director Mark Waters, casting director Marci Liroff, composer Rolfe Kent, and cinematographer Daryn Okada are expected to attend tomorrow’s screening. For more information head over to NewBevCinema.com.

MTV will air a “We Heart Mean Girls” special this weekend. They will air a quiz-a-thon on Saturday 4/3C, We Heart Mean Girls special on Sunday 11a/10c and also special showing of “Mean Girls” on Sunday at 8/7C according to their promos. OK! Magazine and Wetpaint both have exclusive promos of the MTV special and are both reporting that MTV will also air (unseen) behind-the-scenes moments of the movie. MTV also created a special site for where you can take the “Mean Girls” quiz so be sure to head over to: MTVMeanGirls.com!

Then, on Sunday, March 23, “We Heart Mean Girls” continues with two brand new episodes of Girl Code beginning at 11 a.m. ET. The oh-so-fetch weekend concludes with the network airing on Mean Girls at 8 p.m. ET on MTV, where viewers will be treated to never-before-scene-on-TV DVD extras, featurettes, behind-the-scenes moments, and more. Additionally, throughout the day ultimate fans will share their favorite Mean Girls scenes, moments, characters and one-liners. If we didn’t know better, we’d think it was October 3rd!

“Mean Girls” will celebrate it’s 10 year anniversary this year on April 30th. It was previously reported that there has been talk about a possible cast reunion to celebrate with a party and/or panel.

You may have noticed there have been rumors about a possible “Mean Girls” reunion. The movie will celebrate it’s 10 year anniversary in a few weeks on April 30, 2014 (On a Wednesday!) and there has been talk about a possible reunion. Here are some facts:

• Earlier this month Lindsay revealed, while making an appearance on Jimmy Fallon, that she spoke to Tina Fey and Fey mentioned “maybe doing some sort of reunion” and that she was “was talking to Lorne [Michaels] about it”. Michaels is the producer of “Mean Girls“. In February Lindsay Lohan (Cady), Daniel Franzese (Damian) and Rajiv Surendra (Kevin G) already had a mini reunion which they shared on instagram.

• After Lindsay’s Jimmy Fallon appearance TMZ published a follow up story in which they (reportedly) confirmed that the reunion is happening and they also have a list of names who signed on to the reunion:

• Tina Fey, who wrote the screenplay and is playing Ms. Norbury, is currently promoting her latest movie and she talked to various media outlets about a possible reunion. She told Yahoo! during a junket interview the following and also added it will be a (reunion) party “at best”:

“I saw Lindsay at the first episode of ‘The Tonight Show,’ and I was just saying to her backstage, ‘Oh, I think someone’s going to call us because people have been calling, people have been trying to organize some kind of televised reunion because it’s the 10th anniversary of the movie,'” Fey told “The Insider With Yahoo,” before quickly adding, “but it’s not like another movie.”

• Fey also talked to Access Hollywood about the possible reunion and mentioned that they might do a panel:

“Yeah, I saw her at the first episode of the ‘Tonight Show.’ We did that bit with Jimmy, and I said to her, ‘Oh, I think someone may call us about doing some kind of reunion because next month is the tenth anniversary of the movie.’ And so really… if everyone’s around we might try to do some kind of like panel discussion,” Tina told Access Hollywood at the junket for her new film, “Muppets Most Wanted.” “But it’s not like — it’s not another movie. At most it would be like a panel discussion with a plate of hot wings.

• This is not really reunion related but Vulture published an interesting interview earlier this year with director Mark Waters about the movie. He discusses some fun facts and reveals Rachel was originally up for the part of Cady.

So to sum up: It’s likely there will be a “Mean Girls” reunion. It’s not going to be a sequel movie but it looks like they are organizing a party/panel which will possibly be televised. Rachel is expected to start filming “Passengers” next month in Berlin, Germany so we are not sure if she is able to attend the reunion.