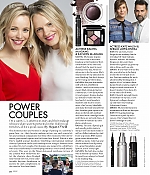 Rachel and her sister/make-up artist Kayleen are featured in the current issue of Elle Magazine (USA). Earlier this year Rachel and Kayleen attended the 8th Annual Dior Operation Smile Luncheon in Los Angeles. We previously added photo coverage of the event to our gallery, be sure to check out our previous post in case you missed it before. The Elle feature includes a beautiful new project of Rachel and Kayleen, and an interview they did with the magazine. We have added the magazine scan in our gallery and transcript of the interview in our press archive.

Rachel On Kayleen: “My beauty inspiration day-to-day is my sister [makeup artist Kayleen]. She’s comfortable in her skin and doesn’t feel the need to wear makeup every day, which in- spires me to do the same. She’s weaned me off my addiction to over-blushing, but she’s always up for trying out-there ideas.”

Rachel is featured in the current issue of People Magazine (February 22, with Ryan Reynolds on the cover) as part of their The Amazing Women Of Oscar feature alongside fellow Academy Award nominees Brie Larson, Kate Winslet, Jennifer Jason Leigh and Alicia Vikander. Each nominee was able to ask a fellow nominee a question. Rachel answered a question from Jennifer Jason Leigh and was able to ask Alicia Vikander a question (‘How do you stay focused when you have a big scene coming up?’). We have added the magazine scans, photoshoot outtakes and high definition screencaptures in our gallery. The interview can be found in our press archive. 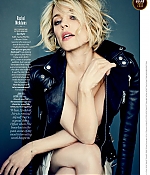 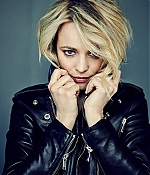 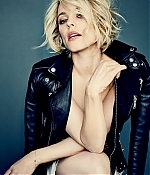 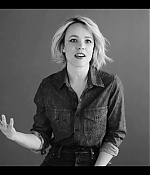 On how she finds the emotional core of a character: “When I feel lost, I try to remind myself that’s a good thing. Often when I’ve been lost in the past, some of my most interesting work happens”
» Read entire interview

The magazine is on (digital) newsstands right now, so be sure to pick up your own copy! 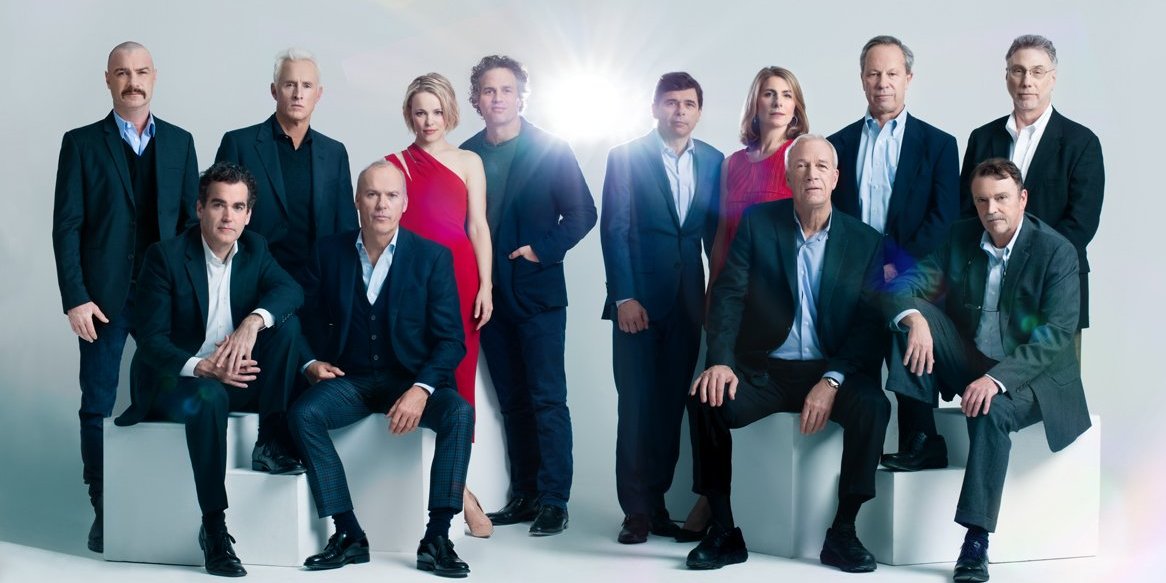 The Wrap released their Oscars/Award Season feature on “Spotlight” earlier this week. It features a great new (cover)photoshoot and interview with the cast and the journalist they are portraying, including Rachel alongside Sacha Pfeiffer. Rachel’s co-stars Michael Keaton, Mark Ruffalo, Liev Schreiber, John Slattery and Brian d’Arcy James alongside the (former) Boston Globe journalists Walter Robinson, Mike Rezendes, Marty Baron, Ben Bradlee Jr. and Matt Carroll joined them. The digital magazine scans, photoshoot outtakes and behind the scenes images are added in our gallery. The article/interview can be found in our press archives and we have added the on-set interviews in our video archive. Screencaptures of the videos can be found in our gallery. 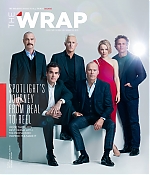 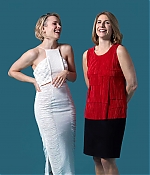 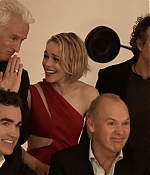 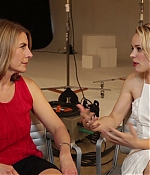 Pfeiffer: I remember our first phone call lasted an hour and a half. And I remember being amazed that you wanted to know everything, physical and psychological. It wasn’t just, “What did you wear, what was your haircut like?” But, “What was your family like, and what did you think, and did you cook dinner with your husband?” I mean, it was everything.

McAdams: And you were so open about everything. I remember calling Tom right before I called you, and I was really nervous, and I said, “Is there anything I shouldn’t ask or anything that’s off limits?” And he said, “No, just go for it.”
» Read entire article/interview 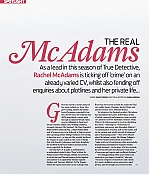 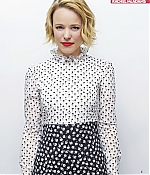 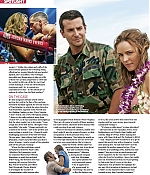 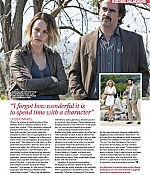 While trying to keep up with all the promotion for “Southpaw” these past few weeks we got a little behind on other updates. We spend the past few days trying to catch up now that the promotion for the movie wrapped up since it’s theatrical release in the U.S. First up is our press interview round-up: Our press archives have been updated with all the latest interviews Rachel did over the past few weeks to promote “Southpaw” and she also frequently talked about “True Detective” and her other upcoming movie “Spotlight“. We added the magazine related scans in our gallery and also added a bunch of clippings which mostly feature reviews. 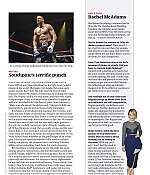 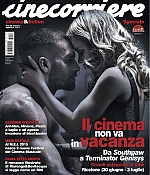 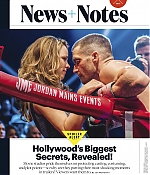 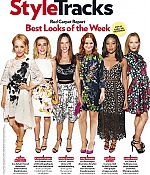 On playing grittier roles: “I’ve always been interested in doing that [playing grittier parts]. I don’t really want to repeat myself. For the most part, I always want to be doing something new. But there aren’t a lot of gritty roles out there for women, and they are so fun to play everyone wants them. It’s not that I didn’t want to do them. It’s just competitive!” (Times)

On meeting Jared Leto: “I met Jared Leto the other night and didn’t recognize him. I met him very randomly at a U2 concert, and he has green hair for [Suicide Squad], and I was such a loser and didn’t know who it was, and then later I was like, ‘Oh my God, if my 14-year-old self was standing right there shaking Jordan Catalano’s hand, I would have…’ I was already being super uncool, but I would have been a puddle on the ground!” (Glamour)

On using boxing to prepare: ” I did get to do boxing to prep, which was amazing. It was such a great workout. I actually carried it over into True Detective. I thought it would be a good mode of exercise for that character too.” (Yahoo! Style)

Stay tuned! We are working on more updates so be sure to come back later.

Amy Kaufman from the Los Angeles Times sat down with Rachel to promote “Southpaw” and “True Detective“. The interview also features quotes from her co-stars Colin Farrel & Jake Gyllenhaal and “Spotlight” director Tom McCarthy. We have added the first photoshoot outtakes in our gallery and the full interview in our press archive. Excerpts can be found below. 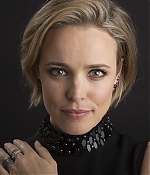 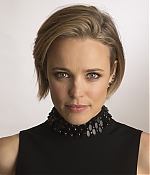 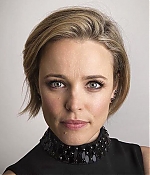 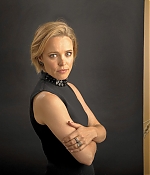 On her imagined career: “But it [becoming a movie star] wasn’t something I really meditated on or planned for in any way. I really thought I’d be doing theater in Canada. I’d grown up doing children’s theater there, and I always imagined myself being artistic director of a children’s theater company.”

On being ‘picky’ with roles: “If I’m picky, it’s for that reason. I want to be able to bring my best to the table. So if I’m not connecting to something, then I’m not gonna hold up my end of the bargain, and that’s really embarrassing.”

In case you missed it before: It was reported earlier this month that Rachel was offered the female lead in Marvel’s upcoming “Doctor Strange” movie. So now Rachel is confirming the rumors and that she is considering the role, but that it’s in the “super-early stages” and that nothing is official yet.

Rachel recently spoke to Variety during the “Southpaw” press junket and she also discussed Sunday’s episode of “True Detective“. The full interview can be found in our press archive and an excerpt below. It’s a discussion of one of the major scenes of Sunday’s episode, so be aware of spoilers if you haven’t watched it yet.

While the episode certainly got the adrenaline flowing in fans, it was especially grueling to film for McAdams.

“That one took about five days,” the actress told Variety while promoting her drama “Southpaw.” “That was pretty intense. I actually puked during that scene. When I was running and reloading my gun — it actually wound up being about 200 yards, it was like two football fields — and I was just going all out and we did it a couple of times.”
» Read entire interview

Rachel is gracing the cover of the current issue of Stylist UK magazine (July 15, 2015) to promote the release of “Southpaw“. She also discussed “Aloha” and “True Detective“. It features a brand new photoshoot and in-depth interview. We have added the (digital) magazine scans, first photoshoot outtakes and on-set image in our gallery. The interview has been added in our press archive and an excerpt can be found below. Fun fact: Rachel’s make-up for the shoot was done by her sister Kayleen, on request of Rachel herself. 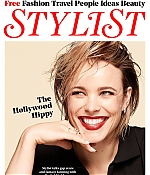 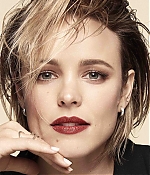 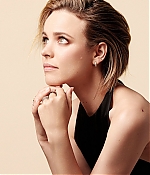 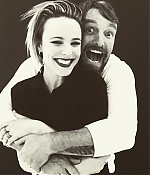 From Mean Girls to True Detective, Rachel McAdams could give a TED talk on how to navigate Hollywood. But it’s her off-screen approach to life that we’d like to emulate.

You can imagine Rachel McAdams living and loving in the Seventies. From the solar panels she is having fitted, to an affinity for backpacking, from the fact that cycling is her default mode of transport to her love of Neil Young and Fleetwood Mac, it’s clear she’s a free spirt – albeit a very grounded one – who has rejected many of the traditional trappings of Hollywood.

The magazine is currently on digital newsstands, so be sure to download your own copy!