Information page with anecdotes on Rachel revealed by other people from the business or by herself.

Rachel is born and raised in Canada and she still residents there when she is not working. Several of her movies were selected for the Toronto International Film Festival including “Passion” and “To The Wonder” in 2012. She recognized two people from her high school while she was promoting her movies during the festival. 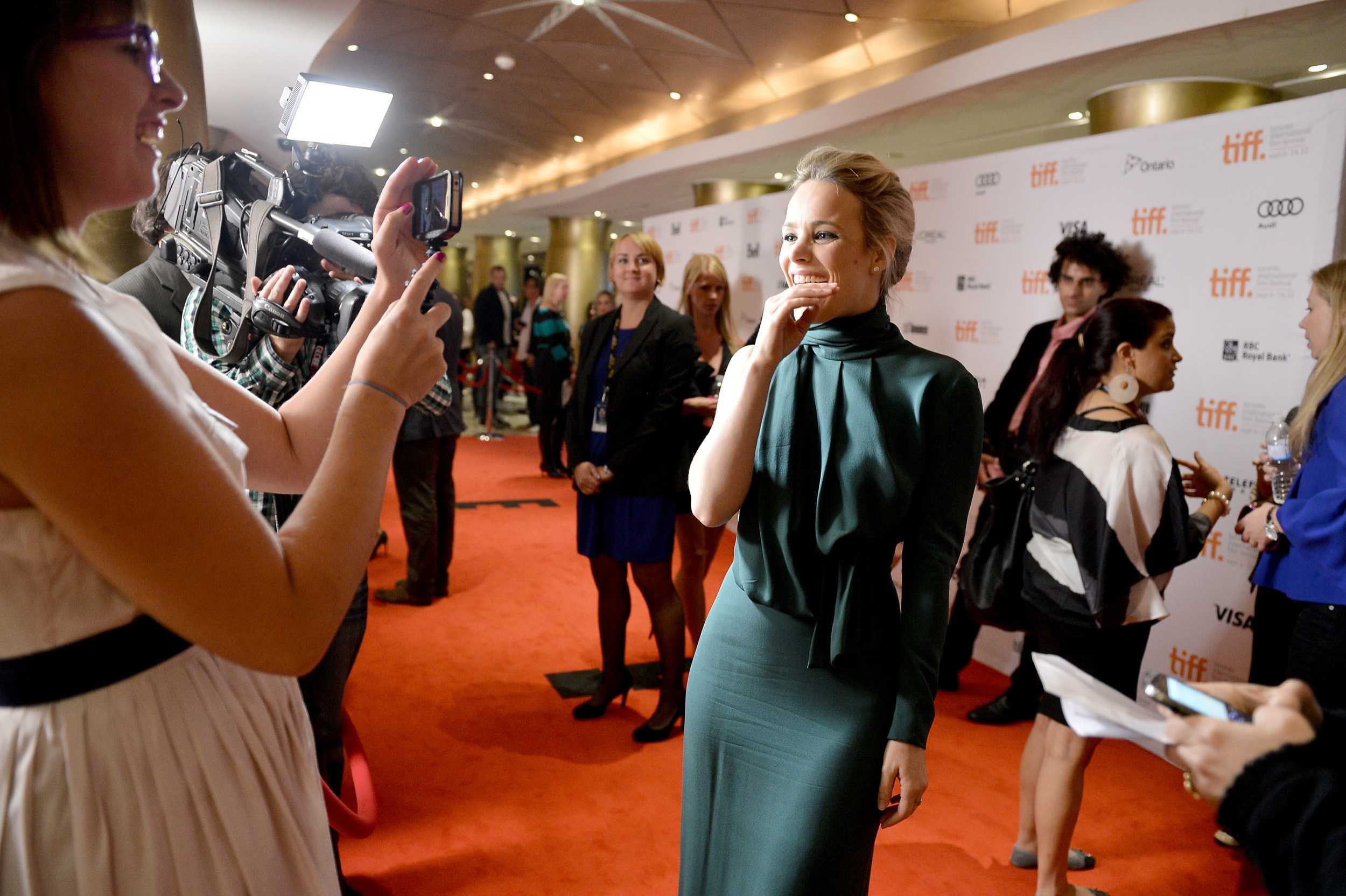 Jessica Allen, the assistant editor of the Canadian news site Maclean.ca, shared via her official twitter account: “Rachel McAdams and I went to the same high school. She remembered me when we spoke on the red carpet. That gal is all class.” – She later recalled the moment in an article she wrote for the news site.

Rachel McAdams on the To The Wonder red carpet. Not only is her favourite Terrence Malick film, Days of Heaven, the same as mine (OMG WE HAVE SO MUCH IN COMMON), but the thoughtful St. Thomas, Ont. native remembered me from years ago as a server working at a couple of restaurants she used to frequent. That is classy. (Okay, and snorting, giggling and howling through this video with the creators of S–t Girls Say.)

Various media outlets also reported that Rachel interrupted one of the people who asked a question during the Q&A after the “Passion” screening. Her reaction: “I know you, Mike Riecker! We went to high school together!” TIFF 2012 turned out to be a little high school reunion for Rachel.

Rachel expressed her love and interested in doing a movie adaption of one of Neil Gaiman’s graphic novels to MTV back in 2008. She ‘met’ him two years later during the Oscars in 2010. Gaiman revealed a funny anecdote of seeing her at the Oscars in his Guardian column.

We are scrunched together tightly as we go through metal detectors, and the beautiful watercolour dress is trodden on, and the lady wearing it is very gracious about this.

I ask Deette who’s inside the dress, and she tells me it’s Rachel McAdams. I want to say hello – Rachel’s said nice things about me in interviews – but she’s working right now. I’m not. No one wants to take my photo, or, Deette discovers, to interview me. I’m invisible.

At the bend in the red carpet we pause. I look down at Rachel McAdams’s watercolour dress and wonder if I can see a footprint. Cameras flash, but not at me.

The next morning the back page of the Los Angeles Times Oscar supplement is a huge panoramic photograph of the people on the red carpet. Somewhat to my surprise, I see myself standing front and centre, staring down at Rachel McAdams’s beautiful watercolour dress, inspecting it for footprints.

Rachel expressed how she aims to remain low-key and outside the spotlight when she is not working and have a life outside the film industry and it seems she’s succeeding. Rachel told Variety in November 2004 that she was able to remain unrecognized. A few weeks prior to the interview, Rachel was on a plane when her seat mate was watching “The Notebook”. However, Rachel was able to stay unrecognized even when she had to scoot pass him. She recalls, “I’d have to scoot past him and we’d be 2 inches from each other’s face and he would just be staring at the screen.”

Similarly, a year later Rachel told Los Angeles Times she was walking back from set and she had to wait for the lights to change, when she overheard a pack of teenage boys next to her began discussing “Red Eye”:

Recently she was on a street corner in Hermosa Beach, waiting for a light to change, when a pack of teenage boys next to her began discussing “Red Eye.” “They were saying, ‘Well, the girl from ‘The Notebook’ is in it,” she says. “I thought they were making fun of me, because I was standing right beside them. I turned and looked them in the eyes and they kept talking.” She smiles. “Completely invisible. It was really exciting.”

Rachel was rumored to play superhero Sue Storm (a.k.a. Invisible Girl), but turns out that she has invisibility powers in her real life as well…